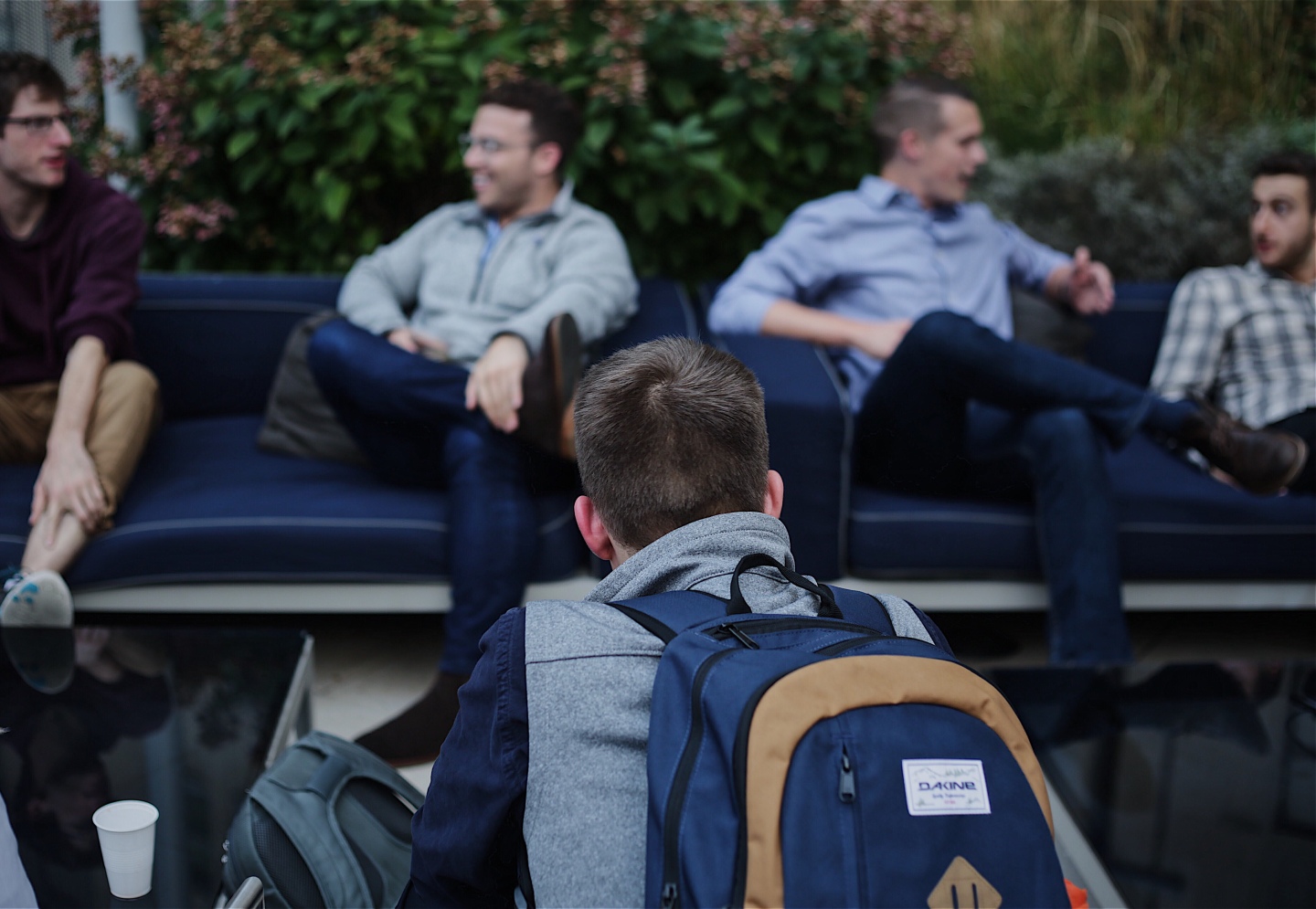 Who’s Got Your Back?

I try to stay away from talking about my work life/tech too much. This website is just actively documenting my life’s journey circa 2016. But if you’re interested, I wrote an article about what we’re doing at Mesh++ HERE on Medium. It’s pretty cool!

Now for the thoughts in my head that you’ve so eagerly been waiting for.

I often look back and wonder, how did I get here? The article above shows that last February I joined the Mesh++ team, but it doesn’t show the ups and downs of getting here. And more importantly, the PEOPLE that have helped me along the way. I’d like to highlight three of those people in this post.

I want to start giving off the wisdom I’ve learned from my mentors, employers, advisors, and all the other people that are way smarter and much more experienced than I am. Here’s a lifehack: surround yourself with older and wiser people, and see how much you grow. It has been the catalyst for my growth and continues to be.

The first person I want to highlight is the first mentor I ever had in life. I went 21+ years with no mentor. When my parents became unable to help with my growth and career plans, I became desperate in finding some who could. He also happens to be my fraternity brother, and outside of that, he’s like my real life big brother. To show how much influence he’s had in my life, he’s the reason my younger brother decided to go to law school.

He lives a very low profile, so I won’t put his information out there, but just know that I wholeheartedly appreciate you for all you’ve done for me, my family, and my girlfriend. I wish you, your newborn, and your wife ALL the blessings that you deserve in this life and much more in the next!

The single piece of advice I want to share with you from his toolkit is to always CHOOSE JOY. Every day we have to make a choice. Making this choice to be proactive in our emotions and choosing joy, rather than being reactive and not really having a choice. No matter what, choose joy.

Next, is someone who understands me on an extraterrestrial level, and I do mean out of this world. It’s like the moment we met each other was like, “Yep, we’re going to the moon”. How are we getting there? That’s Elon’s job to figure out, but the foundational belief that not only is it possible, BUT probable, has been a mantra for how I tackle problems.

A year ago I was a graduate student studying technology management, trying to figure out what to do with my life. I knew I had a lot of options, but none of them felt as satisfying as being an entrprenuer or at least being in the ecosystem. That’s when I met Chase Bonhag, expressed to him about my interest in becoming a venture capitalist, and told him about the company I was running out of my apartment. To talk about all that has transpired since then, would take a full-time fill crew. Maybe the last person highlighted could help with that :).

What piece of advice did I gain from him? To focus. He brought to my attention the 80/20 rule. The rule stating that 80% percent of results come from 20% of the action. Meaning you don’t have much room for error. You can’t fit too much in that 20 percent, which is why you have to have laser precision focus on what you want that 80% to look like and work like hell to make it happen. Oh, and to stay away from shiny things. I’ll touch on that in a later post. Seriously, stay away from shiny things!

Lastly, is the most recent to join this group of outstanding mentors. Fun fact, each of them is an Illinois MBA (do you notice a pattern?) Honestly, I don’t know what it is that makes these outstanding individuals support me, but the mutual respect is there. His name is McKinley Freeman, and I consider him to be my older doppelganger, seriously. He went to the University of Illinois, was a student-athlete there, received his MBA from the same business school, is a tech nerd (former IBMer), and has broken into entertainment and media. (OpSTEM for those who know me)

I know right, how do you go from IBM to Hollywood? I’ll leave it to him to tell that story, but I would love to share some of the advice he’s given me. Well, one piece of advice.

Sidenote: I want to do a full-on feature of each of these people before it’s all said and done. Like I feel like I’m watering down their incredible stories and careers, just to fit into one post. Not good.

Back to McKinley, extremely insightful person. One piece of profound advice that he gave me was his comparison to me and Obama. Not that I should run for president, (I can’t anyway, I’m foreign-born) but imagine what his plate was like serving two full terms. That’s 8 years of probably the most stressful job in the world. If he could do that, then I could tackle whatever problem was in front of me.

You tend to forget how tall the shoulders are when you’ve been standing on them for a while. So many people have influenced my life for the better, so I wanted to take the time out to appreciate the three that’s seen me through some of my toughest times. There’s much more so this won’t be the last time I do this.

I want to be able to look back on my career and help others just as they’ve helped me. Take a look around you, Who’s got YOUR back? If you have someone you want to highlight or recognize, please feel free to let me know!